Rowville home makes $180,000 premium after owners ‘prepared for the worst’

A Rowville couple went from “prepared for the worst” to “a big sigh of relief” as their home sold $180,000 above their reserve yesterday.

Judi Wilding and Andrew Jones had watched the number of homes for sale in their area rise recently, and feared their modest backyard would drive buyers to look at other homes.

”We prepared ourselves that it wouldn’t sell, and then to hear it go on the market and above reserve there was a big sigh of relief,” Ms Wilding said.

Mr Jones said they’d always believed the classically-styled five-bedroom house at 15 Sandford Close was one of the best around, but with most of their backyard given over to a plunge pool they’d grown nervous about what buyers would think.

Mr Jones said that in an added bonus, their dream home sold to their dream buyer — a young family who “loves it as much as we did”. 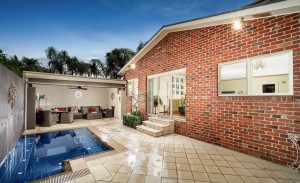 The couple were concerned their plunge-pool backyard might not tempt buyers.

An old-world aesthetic in the home conceals smart connectivity in every living area.

The pair are also relieved they opted for a contracted auction campaign, after noticing new listings in the area rising in recent weeks.

And that househunters in the area were getting used to missing out. 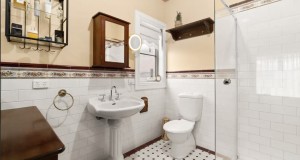 The home’s striking interior appealed to a range of buyers. 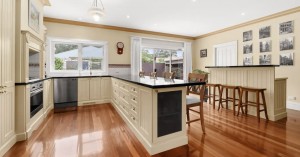 Aesthetics were important in the home’s design, but didn’t trump functionality.

“Buyers are getting a bit frustrated,” Mr Strilakos said. “I have seen the same ones miss out on four auctions in a few weeks, and that’s pushing their emotions to a high.

“The Rowville median house price would be through the roof at the moment.”

Back to all news
Up to Date